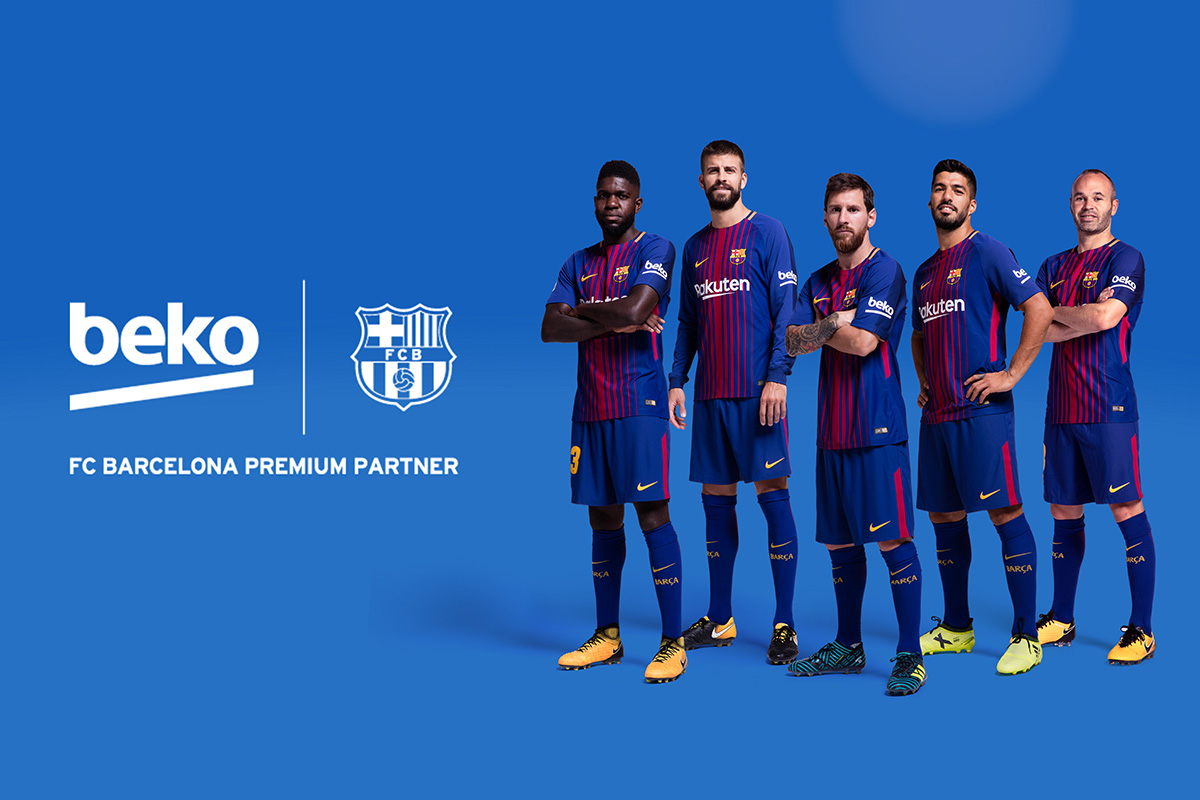 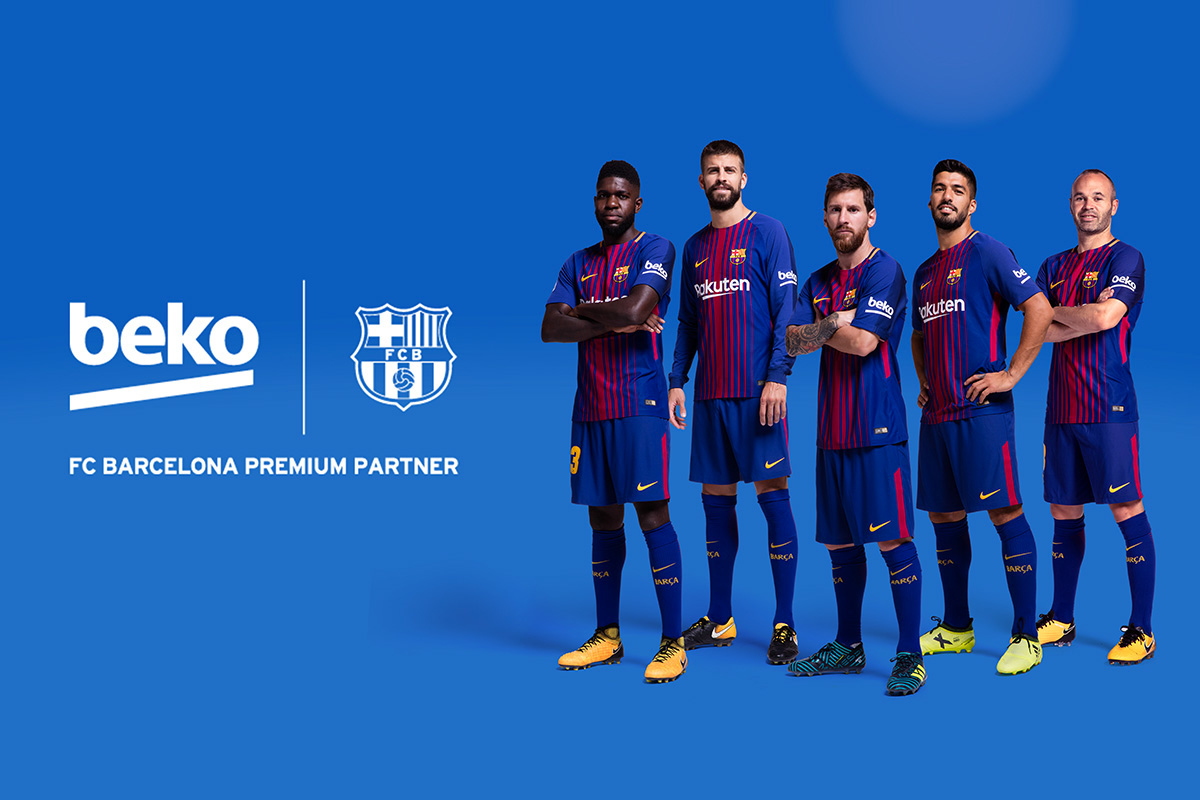 Bolingbrook, Ill. (June 30, 2017) – So many great things come from Europe: wine, cheese, chocolate, football and Beko. While many Americans follow European football (known as soccer here) and recognize FC Barcelona as one of the world’s best teams, Beko has largely been unknown in the U.S. until now.

“We are excited to let soccer lovers in the U.S. know who is behind that little blue logo on the sleeve of the FC Barcelona team jersey,” said Hasan Yardimci, president, Beko US, Inc. “As the #1 European home appliance brand just introduced in North America, Beko offers affordable luxury, superior performance, flexibility and energy savings.”

Beko partners with FC Barcelona to help achieve their global marketing and social responsibility objectives. FC Barcelona is the second most valuable sports team in the world, worth $3.56 billion, and the world’s second richest football club in terms of revenue.

This summer, the club will play three preseason games in the United States: July 22 vs. Juventus at MetLife Stadium, East Rutherford, N.J.; July 26 vs. Manchester United at FedEx Field in Washington, D.C.; and July 29 vs. Real Madrid at the Hard Rock Stadium, Miami, Fla.

In 2016, Beko launched a campaign highlighting the shared values of ‘play’ between the club and the brand. In the ‘Official partner of play’ campaign, world-famous football players Lionel Messi, Luis Suárez, Neymar Jr., Andrés Iniesta and Gerard Piqué appear in person and as playful animations.

The campaign is built on FC Barcelona’s skilful, attacking football played with freedom and enjoyment both on and off the pitch, a style of play that epitomizes the true spirit of football. As a brand, Beko supports people in their busy lives by providing fast, flexible and efficient home appliances, giving them more time and freedom to ‘play’ every day with the spirit of FC Barcelona.

About Beko US, Inc.

Beko US, Inc. is a subsidiary of Arçelik A.S., whose vision is “Respects the globe, Respected globally.” The company is committed to developing highly energy efficient electrical appliances that deliver exceptional value, superior quality, and high levels of customer satisfaction, by listening and responding to the needs of consumers. With a growing presence in more than 140 countries worldwide, Beko is the fastest growing major appliance brand in Europe and the top-selling brand in the United Kingdom. In June 2016, Beko secured a place in the U.S. market, with retailer commitments and a sister brand, Blomberg, that has been a top choice in premium developments across North America since 2008. In 2017, Beko US, Inc. received the Environmental Protection Agency’s ENERGY STAR® Partner of the Year Award for its outstanding contributions to protecting the environment through energy efficiency. For more information, visit www.bekoappliances.com or www.blombergappliances.com.