Beko US-Sponsored Home Places First in Appliance Contest in U.S. Department of Energy 2017 Solar Decathlon
Thank you for your feedback
You just added this product to your wishlist.
You just removed this product from your wishlist.
You can't add more to wishlist
Are you sure you want to clear your wishlist?
Continue
You can only compare products from the same category.
You just added an item to compare! Keep going!
You just removed an item to compare! Keep going!
Your compare list is full!
You only added 1 product. Please add more products to compare 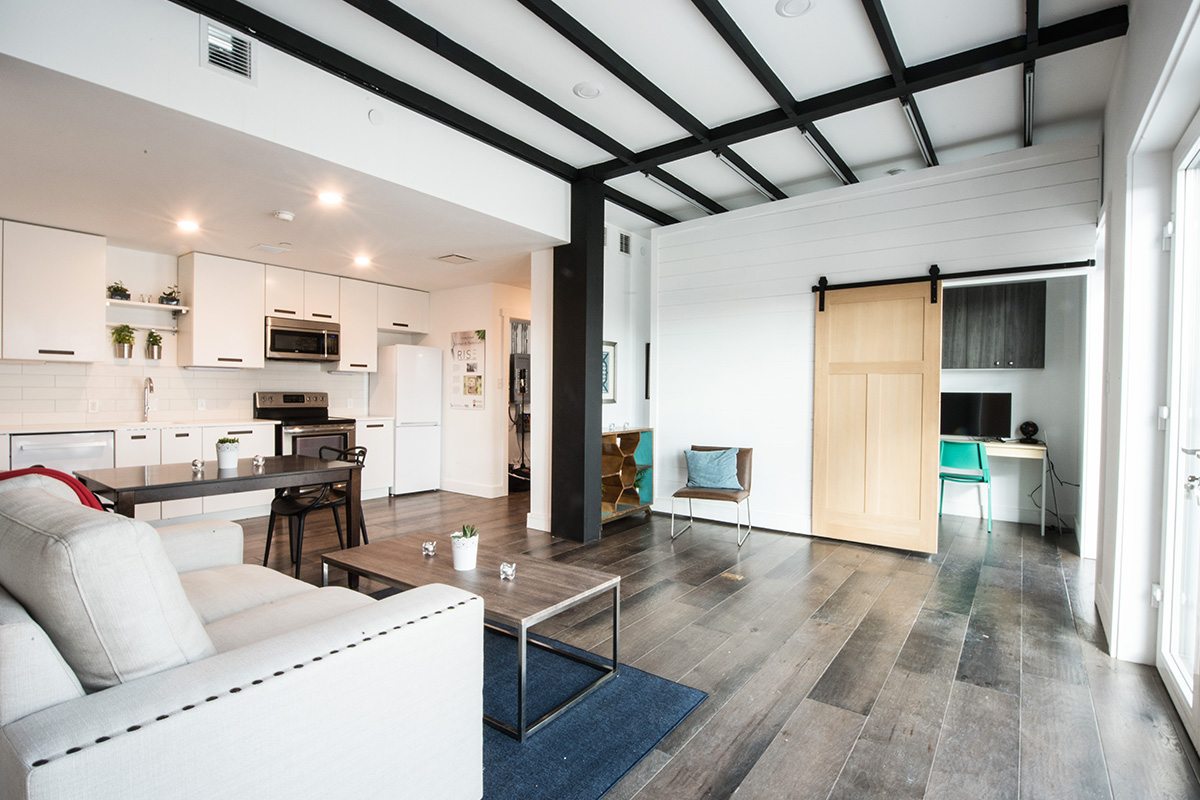 Bolingbrook, Ill. (Oct. 17, 2017) – Beko US (www.bekoappliances.com) is proud to announce that one of its sponsored teams, the University of California at Berkeley/ University of Denver, has won first prize in the appliance competition of the U.S. Department of Energy Solar Decathlon 2017. The team’s home, RISE, which stands for Residential, Inviting, Stackable, Efficient, showcased innovative and energy-efficient Beko appliances, including a refrigerator, microwave, dishwasher and compact washer/dryer.

In addition, four of the seven teams sponsored by Beko and its sister company, Blomberg (www.blombergappliances.com) – the University of Maryland, UC Berkeley/U of Denver, the Missouri University of Science & Technology, and the University of Alabama at Birmingham – placed second through fifth respectively in the overall competition behind the winning team from Switzerland.

“Through our sponsorship of the Solar Decathlon, we are honored to support the next generation of energy experts and the advancement of energy-efficient products and designs in American homes,” said Hasan Yardimci, president, Beko US, Inc. “We are also thrilled that the university teams we sponsored were so successful.”

Beko, the #1 European freestanding appliance brand just introduced into the North American market, and Blomberg, an ever-expanding line of contemporary European design and energy efficient products for builders, designers and architects of multi-unit buildings, have achieved the ENERGY STAR certification for over 90% of their major appliances.

The appliances contest was designed to mimic the appliance use of an average U.S. home. Teams earned points for operating their refrigerator and freezer, washing and drying laundry, simulating cooking tasks and hot showers.

Here are the contest results for the Beko- and Blomberg-sponsored homes:

Beko US, Inc. was founded in June 2016 and recently opened a distribution center in Bolingbrook, Ill.

About Beko US, Inc.

Beko US, Inc. is a subsidiary of Arçelik A.S., whose vision is “Respects the globe, Respected globally.” The company is committed to developing highly energy efficient electrical appliances that deliver exceptional value, superior quality and high levels of customer satisfaction by listening and responding to the needs of consumers. With a growing presence in 140 countries worldwide, Beko is the fastest growing major appliance brand in Europe and the top-selling brand in the United Kingdom. Backed by state-of-the-art technology and award-winning energy efficiency, Beko’s premium features are competitively priced and a beautiful addition to any home. In June 2016, Beko secured a place in the U.S. market, with retailer commitments and a sister brand,Blomberg, a top choice in premium developments across North America since 2008. Blomberg, a valued international brand since 1883, offers an ever-expanding line of contemporary European design and energy efficient products for builders, designers and architects of multi-unit buildings. The company utilizes the most advanced technology and features, and the highest quality materials to achieve cutting-edge performance found in larger footprint homes, but optimized for smaller urban living spaces. In 2017, Beko US, Inc. received the Environmental Protection Agency’s ENERGY STAR® Partner of the Year Award for its outstanding contributions to protecting the environment through energy efficiency. Beko is also the 2017 TWICE VIP Award winner in the high-efficiency washer category. For more information, visit www.bekoappliances.com or www.blombergappliances.com.