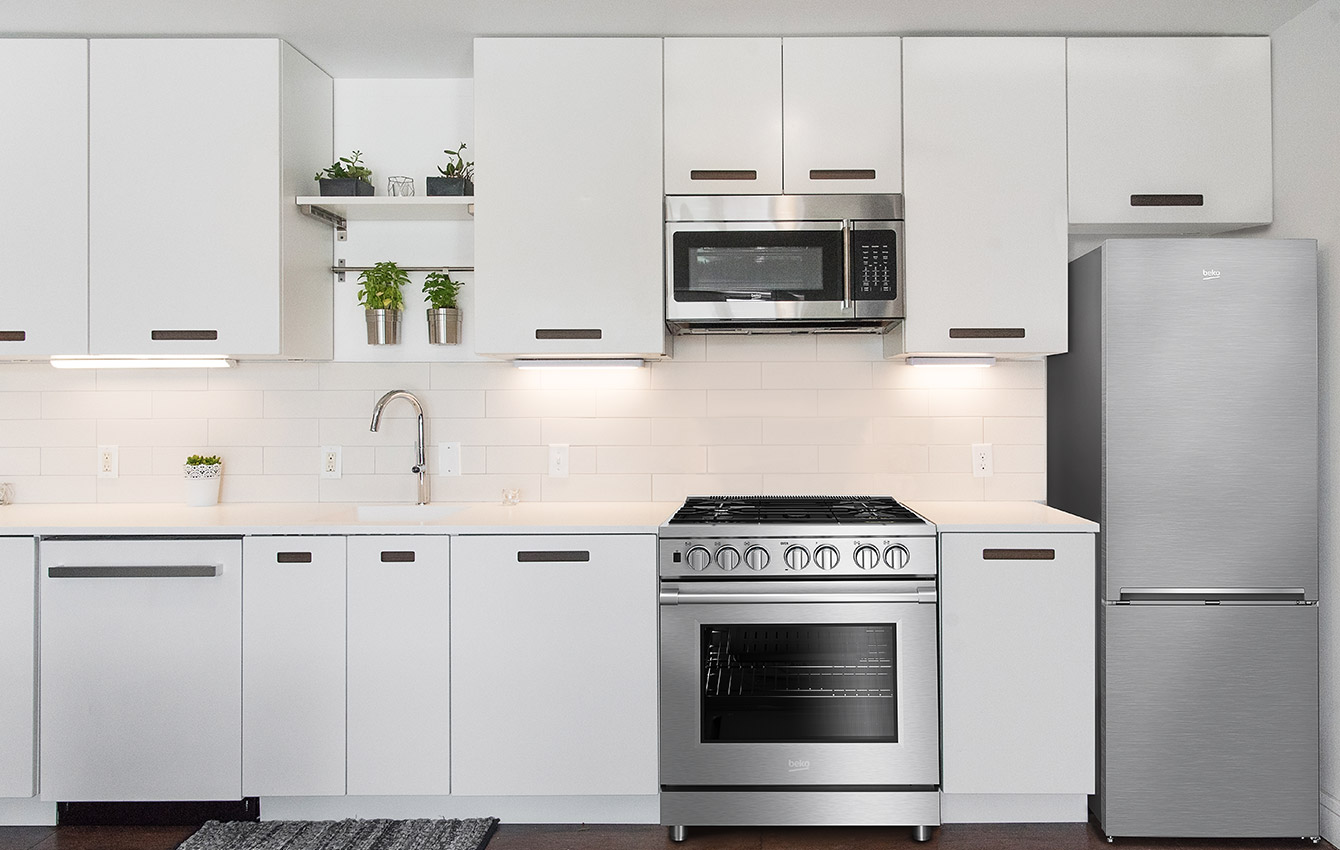 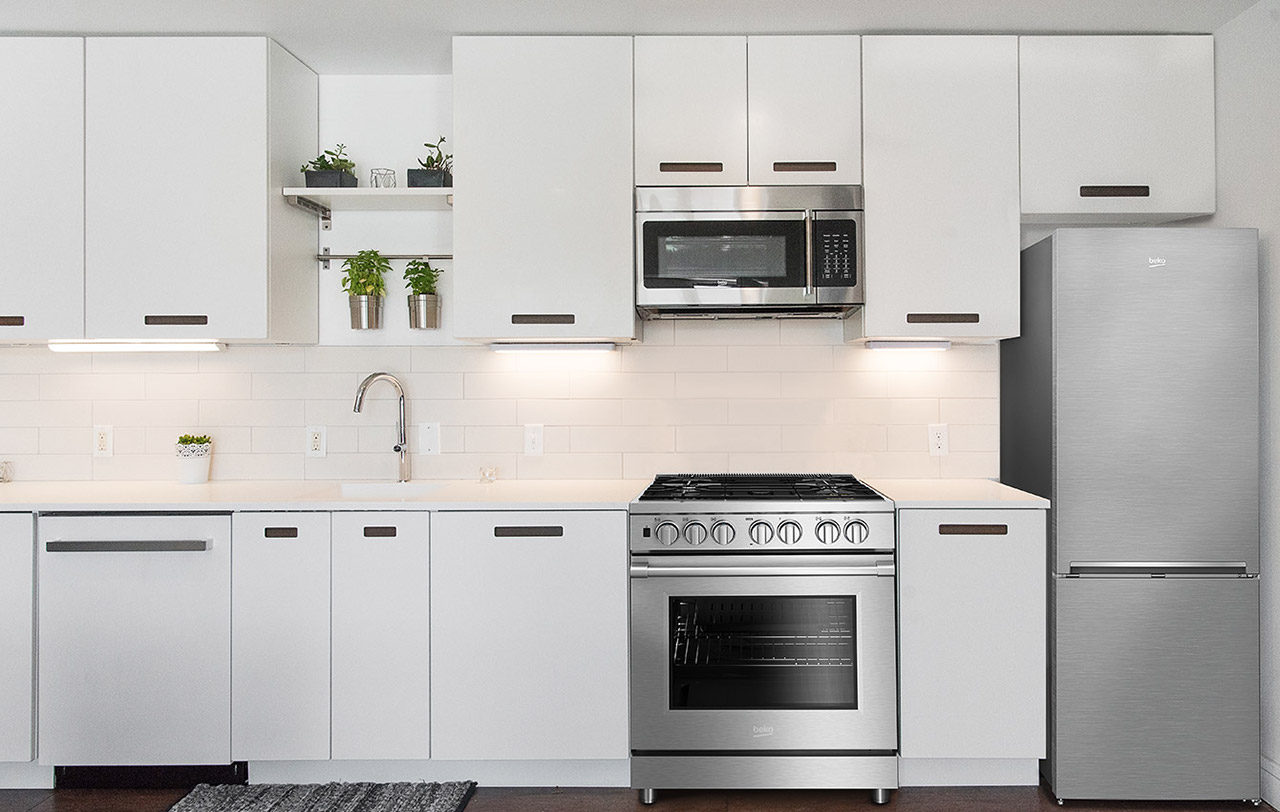 Beko’s commitment to creating a more sustainable future for the planet played out in a unique way this past October. By agreeing to provide energy-efficient Beko appliances to four of the college teams competing in the 2017 Solar Decathlon, the brand literally helped put the home design of tomorrow into the hands of some of today’s most talented and imaginative students.

Participating teams had two and a half years to design and construct full-sized, solar-powered homes, then the students had to disassemble them, transport the pieces to the decathlon’s Solar Village in Denver, and get the structures rebuilt and fully functioning on-site for judging and public tours in just a matter of days.

Not surprisingly, the results were remarkable.

Rising to the challenge

Against stiff competition from ten other international teams, Joan, Ruth, and their RISE teammates rose to the challenge, coming in third overall and scoring first place in the Appliances Contest, which required them to perform everyday tasks—including cooking, laundry, and washing dishes—to measure energy and water efficiency under normal conditions.

As dual heads of construction during the time it took to complete RISE and compete in Denver, Joan and Ruth did everything from participating in the concepting, funding, and building of the house to creating project estimates and procuring materials. Here’s what they had to say about the experience.

What was the most fun part of the RISE project?

JOAN: Getting to build a house with our hands was an absolute blast—I learned ten new things every day, and seeing the house completed at the end was incredibly rewarding.

RUTH: The most fun part was finally seeing it come together at the competition and getting to meet all of the members of the other teams and swapping stories with them about all that we had been through to get a house to the competition.

RUTH: It was very fun but incredibly intense. We had to lift our house with a crane twice, which was very stressful, and set up the entire house in only ten days. There was a lot of rain and mud and harsh conditions that beat up our house throughout the process, so getting it assembled and looking nice in time required many 16-hour days in a row. However, having the house done and sitting in the warm kitchen with a teammate or two on cold mornings while our measured contests were running were some of the best moments. We had built this shelter that felt homey and worked great, and that was such a great feeling.

JOAN: The Solar Decathlon was a marathon of getting the house finished, clean, and presentable while focusing on performing in the actual contests, and functioning on very little sleep. It was challenging to say the least, but we developed great friendships with other competitors and had a lot of fun while we were there.

What were some of the comments from visitors who toured the RISE project?

RUTH: They thought our house felt very livable and cozy. Also, visitors loved our movable wall and Murphy bed systems because it was a low-tech yet innovative solution to the problems that arise with a house with such a small footprint. Also, being able to tell them that we built the whole thing ourselves, which was not the case for every team, made us feel quite proud.

JOAN: Many of the visitors I gave tours to loved the house. The most common comment was "Wow, I could actually see myself living here.” I think our more traditional finishes and the simple interior felt cozy and more familiar than some of the more modern houses at the decathlon. Also, the movable walls and flexible living space were a big hit.

Any “aha” moments from the project that you think most homeowners don’t know but should?

RUTH: Sometimes a longer-lasting product that is less sustainable in-and-of-itself may be more sustainable in the end because of its lifespan. There is a real trade-off between different factors such as lifespan, where the product was shipped from, and maintenance that sometimes is not apparent at the beginning when you look purely at the materials themselves— it was something we had to think about.

JOAN: I'd say the biggest is that the key to efficiency is to seal everything up! By sealing up all the cracks in the envelope of a home and then adding as much insulation as possible, a homeowner can make a huge difference in their energy consumption.

What do you think put RISE at the top in the Appliances Contest?

RUTH: Our Beko appliances performed really well. The fact that they were so reliable and performed consistently every time allowed us to carry out the tasks that simulate everyday usage without worrying about performance of the appliances themselves. We just had to make sure we did our task when we had to, such as washing/drying or monitoring our fridge and freezer temperatures. Knowing that our appliances would be energy efficient and perform exactly as predicted allowed us to focus completely on getting the tasks done.

JOAN: The Beko appliances helped the RISE team earn first place in the Appliance Contest. We were confident in their energy usage and they were easy to operate, so although we didn't have a home automation system, we were able to adjust the appliances as needed to remain within the contest guidelines.  Also the timer function on the washer allowed us to run it overnight, when the energy rates were the lowest, which helped us be net positive energy-wise.

How do you think your involvement in RISE will influence your choices in the future – where you’ll live, what kind of dwelling you want, how you will choose appliances, etc.?

RUTH: I think that in the future I will want to look for a home with a nice location and floor plan and then make alterations to it to make it more efficient. High-efficiency appliances are definitely part of that, as well as making air-tightness adjustments and using sustainable materials.

JOAN: My involvement in RISE will definitely influence my choices in the future because I've become so much more knowledgeable about sustainable materials and understand where the tradeoffs are with being more energy efficient and remaining cost-effective. Also, the concept of net-zero seems much more attainable, so whether I'm designing my own house or making modifications to an existing structure, I know what changes will have the most impact.

Between these bright young innovators and Beko, looks like the energy-efficient home of the future—and the present—is in good hands!